Letitia Gallery is pleased to announce a new solo exhibition by the Egyptian artist Ahmed Badry, whose characteristic sculptures and drawings investigate our relationships with familiar objects in order to question their functionality and place in the everyday. Portmanteau will bring together a selection of new and previously seen mixed media works, including six sculptures ranging in size from 50cm to 3.5m, two of which will incorporate 3D printed object, video projection.
The Provisionary That Lasts (series)#3, 2016, Painted Cardboard, 170 X 85 X 160 cm.
The exhibition is an extension of Badry’s previous work, which sought to transform our perception of everyday objects through the manipulation of scale and context, and re-examining the role of the omnipresent object within society. The work offers insight into the artist’s in-depth research into noncodified objects through a reinterpretation of them in relation to language. By upscaling a bus ticket, a tool or a piece of packaging to epic proportion, Badry magnifies the object’s intent and makes the banal unavoidable.
Within Potmanteau, Badry has sought to collaborate with artists, writers and linguists in order to explore multiple ways of deconstructing language through the process of naming. The title alludes to the composite objects created by Badry that exist solely as symbols of the potential of their function. A battery drill connected to a can opener, viewed as a whole, does not exist within the current global vernacular. Badry aims to understand and define these objects through naming and assigning function, and in doing so, create something new, essentially bringing the object from a non-verbal hinterland between existence and being assigned relevance to society.
About the Artist
Ahmed Badry graduated in 2003 from the Helwan University, Faculty of Art Education, Cairo. He lives and works in Cairo.
Badry’s body of sculptures and drawings act as a proposition for objects that strive to recover usefulness. The objects, in their current state, only function as tokens for speculation on alternative narratives of production, parallel to and immersed in a neoliberal global economy.
His subjects are often very small but visible in local everyday routines and are simultaneously of great functional importance. He examines the effects of the non-codified objects on language, collapsing the two poles of metaphor and metonymy. Through a process of re-presentation using projection, writing, drawing and 3D printing, the objects lose their ability to be named. The tangled object invokes a disruption in communication or possibly access to new neologisms.
In recent years, Badry has participated in several art Residencies including six months at the Cité des Arts in Paris; three months at the Swiss Art Residency of Canton St. Gallen in Rome and two months at the Delfina Foundation in London.
Badry‘s solo exhibitions include in 2009‚ Made in China with Anastasia Katsidis at Kasko-Basel, Switzerland, and in 2007 at Al Qahira, Cairo Atelier, Cairo. He has participated in recent group exhibitions such as ‚ Open House, Delfina Foundation, London (2017); Contemporary Artistic Revolutions: An Institutional Perspective, AUB Gallery, Beirut (2017); D-CAF | Downtown Contemporary Arts Festival, Cairo (2016); HOME WORKS 7, Beirut Art Center, Beirut (2015); Kunst (Zeug) Haus Rapperswil, Zurich (2015); What are you doing, object?, Gypsum Gallery, Cairo (2015); Museum of Modern and Contemporary Art, Algiers (2013); Regionale 13, Projektraum M54, Basel (2012); Cairo Documenta 2, Hotel Viennoise, Cairo (2012); Regionale 11, Hegenheim, France and Freiburg, Germany (2011) and at Darat al Funun, Jordan (2010).
Exhibition Details
Title: Ahmed Badry: Portmanteau
Address: Tour da Saroula, Hamra, Beirut, Lebanon
Website: www.letitiagallerybeirut.com
Dates: 19th April – 17th June 2018
Private View: 19th April 2018
Opening Hours: Monday to Friday, 10am to 6pm, Saturday 10am to 5pm
Admission: Free
Facebook: LetitiaBeirut
Instagram: LetitiaBeirut 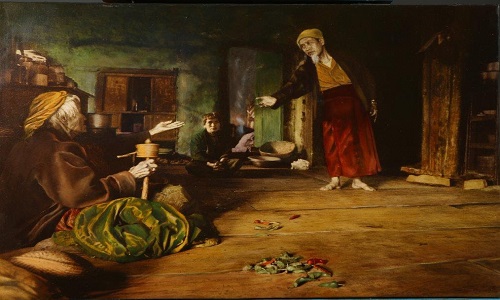